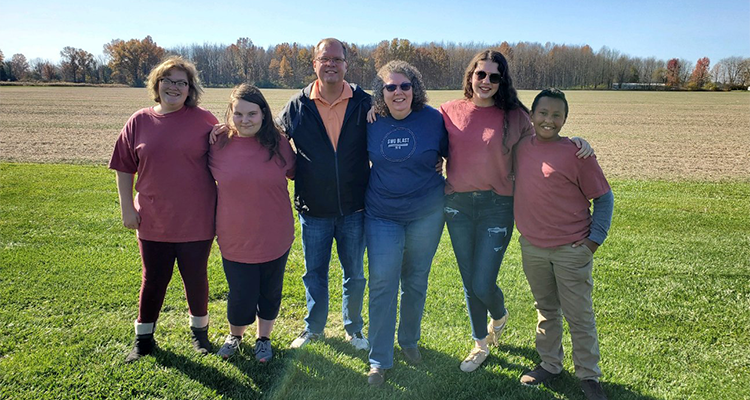 The children’s Bible quizzing program at Amelia Church of the Nazarene in Ohio is turning heads within the church as well as the community.

Verna Lain had participated in quizzing programs over the years with most of her children as she and her husband, Larry Lain, pastored across the United States. They started when their children were young as a way to teach them Scripture.

“We found we weren’t teaching the Scripture like we wanted to,” Verna said. “We were committed to [teaching them Scripture], but it wasn’t happening. We were looking for a way to add a little bit of accountability into training our children.”

Verna saw how quizzing impacted them, providing a foundation that they have taken with them well into adulthood.

“As parents, we believe that if they have that biblical foundation in them, then the Holy Spirit can then use that knowledge to guide and mature them,” Verna said.

When her husband, Larry, became the lead pastor at Amelia Naz in 2014, there were next to no children in the church and there was no quizzing program. Verna decided to start one for her youngest child and her friends. After the first group graduated from the children’s program, she started a teen program.

Today, Amelia Naz has four students in the teen quizzing program and nine in the children’s program. The program’s impact is being recognized by other members of the church, who see increased maturity in the children both spiritually and socially. 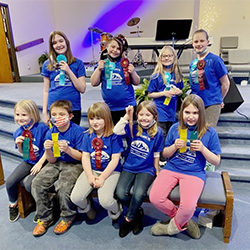 Leah Norris, a member of Amelia Naz, has two daughters — a second grader and sixth grader — who are on the children’s quizzing team. Norris says her daughters are so immersed in Scripture that they initiate conversations around biblical topics.

“It’s organic, and they make these connections because they’re so immersed in studying,” Norris said. “When they notice something happening in real life, they’re quick to make connections back to Scripture and quick to ask questions around the dinner table.”

Norris noted that her oldest daughter has felt empowered to just open the Bible and read along with what the pastor is preaching.

“She’s so comfortable with the idea [because] she’s in the Bible all the time that she just opens it up and joins,” Norris said. “It just makes the gospel more approachable to them.”

The quizzing program has attracted students from outside the congregation, like 10-year-old JoJo.

“I used to think that God was just for adults,” JoJo said. “I probably got that idea from the church I used to go to. At that church, only the adults were allowed to take Communion. But then I came to this church and started with the quizzing team. One day, I was reading and it hit me…I’m reading the Scripture for myself. That’s when I realized that God is a God of children as well.”