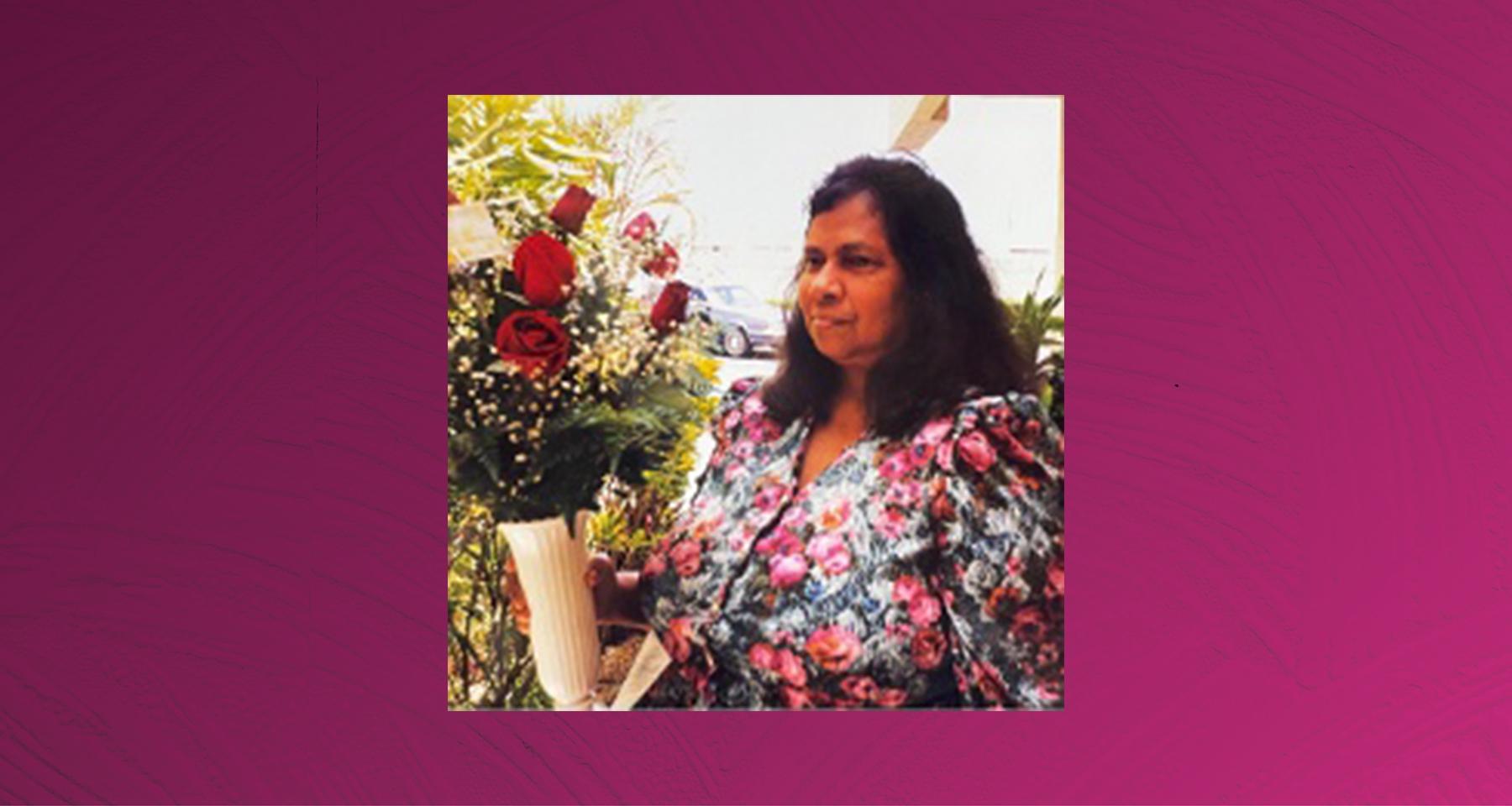 Alice Murugan, 82, of Miami Shores, Florida, passed away 20 February 2021. She served as a missionary with her husband, Joseph Murugan, in the Caribbean for 15 years and later as volunteer missionaries to Guyana.

Alice Latchmee Murugan was born 20 March 1938 in Good Intent, Guyana. She married Joe Murugan on 5 August 1957. Ten years later, Joseph was ordained as an elder in the Church of the Nazarene.

They ministered together in Guyana, where Joseph became district superintendent in 1967. Joseph helped quell racial conflicts on the district and inspired a period of growth. In just five years, the district experienced a 70 percent growth in membership. They began an initiative to become a self-supported district in 10 years and reached that goal in 1982.

In 1983, Joseph was appointed as a project coordinator for the English Caribbean Field, and they officially began their missionary service to Trinidad in 1984. Murugan eventually began serving as the project coordinator for the whole of the Caribbean. They retired after 15 years of service and continued to serve as volunteers in their home country of Guyana until 2008.

According to her family, Alice was a kind and gentle Christian woman. She loved making crafts, reading, listening to Christian music, and watching Christian television. She was a faithful servant of God and has touched countless lives. Her life was a living example of her favorite Bible verse, Deuteronomy 33:25, “As your days so shall you strength be.”