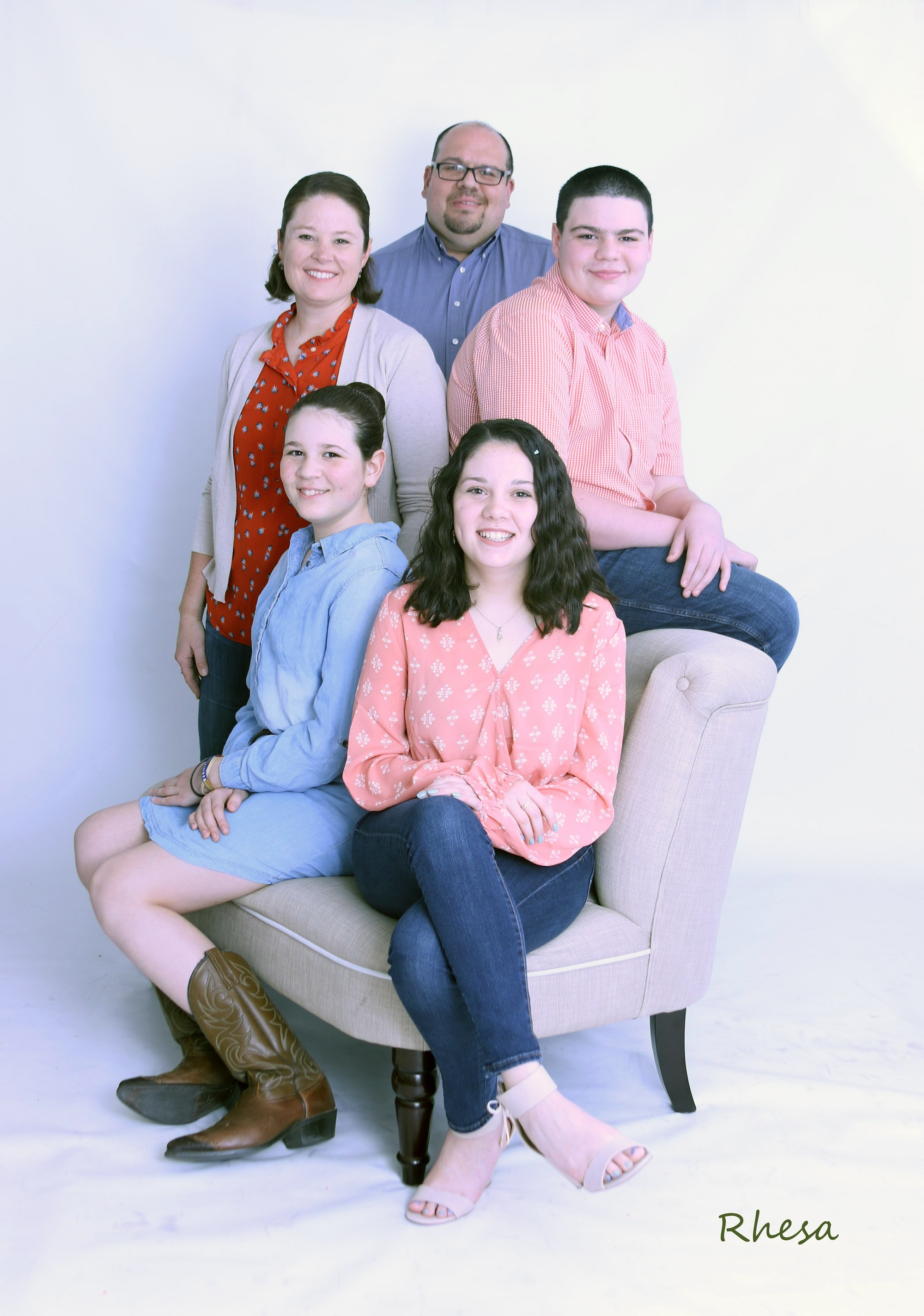 The Rodriguez family currently serves as Special Assignment Missionaries with the Nazarene Border Initiative based out of El Paso Texas.  They began their service with NBI as Mission Corps Missionaries in February of 2012.  Robert and Rhesa are Work and Witness Coordinators for the US Mexico Border, where their responsibilities include encouraging and supporting current churches, both English and Spanish, on both sides.  They manage the El Paso office as well as host retreats and seminars for local Nazarene churches.

Roberto and Rhesa met at Southern Nazarene University, graduating in 2000 and were married in 2003.  Robert graduated with a Bachelor of Science in music then went on to complete his Masters in Christian Education from NNU. Rhesa graduated with a Bachelors of Science in Nursing and has just completed her Masters as an Acute Care Pediatric Nurse Practitioner.  Together they seek God and desire more than anything to serve the Lord in Cross Cultural settings.

Roberto has served as a children’s pastor, worship leader, and Hispanic pastor at churches in Texas, Missouri, and Tennessee.  He has been a certified public school teacher and is an Ordained Elder with the Church of the Nazarene.

Rhesa is currently a Pediatric Critical Care Transport Nurse and has served as a nurse for over seventeen years. She is also currently a district-licensed minister on track for ordination as a Deacon.

The Rodriguez’ have three children whom are currently homeschooled, Ruthy 13, Josiah 12, and Mikayla 11.   As a family they have also served in Central Asia, speaking Russian, as volunteer missionaries for the Church of the Nazarene.