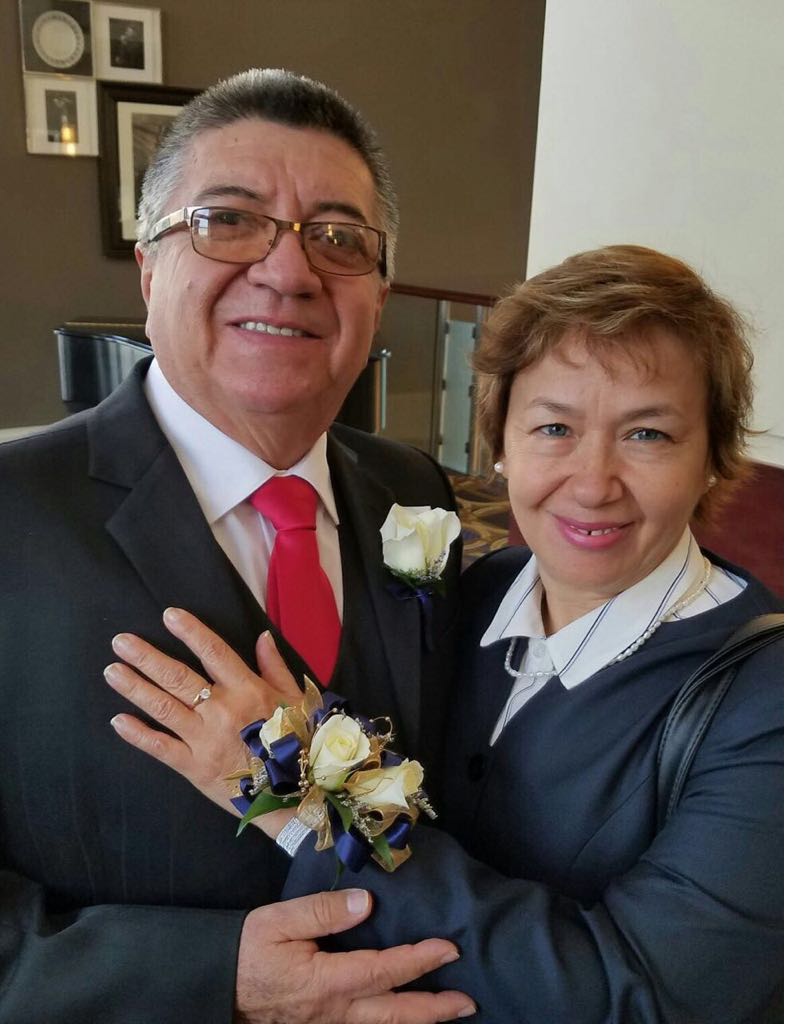 Napoleon Guerrero and Elena Robledo Madrid are married and have three children: Napoleon, Nelson, and Luz Elena. Napoleon and Nelson are pastors and Luz Elena is a Clinical Psychologist.

At twelve, because of conflict between Peru and Ecuador, my father decided to send me to Peru to study and so I went to Piura where my big brother lived. My parents divorced while I was in adolescence and this separation had an effect on my life. I grew up feeling empty inside, and the only purpose I had in my life was making money and enjoying the pleasures the world offered me.

At 23, I started a business in the city of Sullana and met a Nazarene family who treated me with love and spoke of God. Everything seemed strange. One night I got to my room and did not feel right: I was anxious; I felt alone; my heart was torn. I decided to kneel down, apologize to God and accept Jesus as my Lord and Savior. Suddenly, I experienced an indescribable peace: I slept like a baby and then I wanted to tell others what had happened. I shared this with my pastor and he said, "You have been born again." 2 Corinthians 5:17

When I was a new Christian, it did not seem right to spend time sitting in a pew. It was there that God spoke to me to be involved in His work, and He called me to His ministry. In 1991 I was sent to an area of my city where there was Iglesia Del Nazareno (the Church of the Nazarene). There I planted a new church, which I pastored for 23 years. It was founded on a solid church and is now the mother of two new churches. In 2000 I began to work with the ministry of Evangelism CPE as the Canadian National coordinator. God gave me the opportunity to work with many pastors and churches all over my country in house to house evangelism. Here I gained experience and interacted with missionaries arriving from different countries.

In 2014 I was asked to go to Bolivia as a missionary for the Church of the Nazarene. Having prayed and asked God for His direction, we moved in March 2014 to the city of La Paz, where we are serving so far. Last July I was invited to work as coordinator of Evangelism and Church Planting DCPI SAM. I owe it all to the Lord, and I am willing to serve until He permits.