He came into the Board of General Superintendents from the presidency of Point Loma Nazarene University (PLNU), a position he held for 14 years. Prior to this time he had served as assistant to the president at PLNU for two years. Under Dr. Bond’s leadership a campus master plan was developed, and several major construction projects were completed. Additionally, new enrollment records were set, growth and quality enhancements in academic offerings enabled the school to gain national recognition in some areas, and an innovative and highly effective spiritual development program for students was instituted.

Jim Bond has an extensive and rich background of service to the Church of the Nazarene. He pastored churches in Kansas, Wyoming, Idaho, Oklahoma, and Colorado and was a missionary to Brazil for a brief time. He also served on numerous district boards. He held the office of general president of Nazarene Youth International and has been a member of the General Board of the church. Prior to going to Point Loma Nazarene University, Dr. Bond was chaplain and professor of practical theology at Nazarene Bible College in Colorado Springs. During the 2005–2009 quadrennium, he served as chair of the Board of General Superintendents’ Thought Partners.

Dr. Bond went to Pasadena College as an all-American high school basketball player from Pampa, Texas. He was later named to the National Association of Intercollegiate Athletics (NAIA) all-American team for two years. He was drafted by the Lakers to play professional basketball, but he declined this opportunity so that he could prepare at Nazarene Theological Seminary to fulfill God’s call to preach the gospel. In recent years he has been inducted into five halls of fame, including the NAIA Hall of Fame and the National High School Athletic Hall of Fame.

Dr. Bond is married to the former Sally Whitcanack. They have two married children and nine grandchildren. The Bonds are living in retirement in Peoria, Arizona. 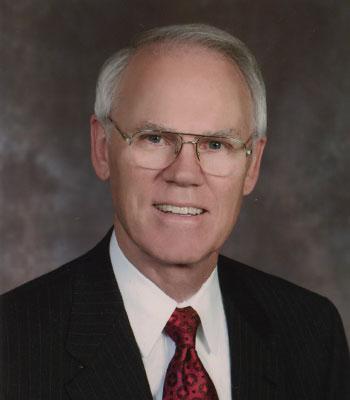