Keith Cox presently serves the Church of the Nazarene as general treasurer and financial officer. He began in this position in August 2016, following the retirement of Dr. Marilyn J. McCool.

Prior to his election as general treasurer, Keith enjoyed a 34-year career with North American Savings Bank, beginning as the bank’s controller, then as chief financial officer and, for the final 15 years, as president and member of the Board of Directors. Keith is a graduate of MidAmerica Nazarene University (MNU) with a Bachelor of Arts in business administration with a concentration in accounting and holds a Master of Business Administration with a concentration in finance from Rockhurst University in Kansas City.

Keith has been married 36 years to Julie, whom he met while at MNU. Julie was a first grade teacher in the Olathe school district before accepting a call to be children’s pastor of Nall Avenue Church of the Nazarene in Prairie Village, Kansas. She remained in ministry until 2005, when she retired and currently enjoys weekly volunteer service to both JESUS Film Harvest Partners and the Kansas City Rescue Mission.

Keith and Julie have served on the Board of Directors of JESUS Film Harvest Partners since 2004 and had participated with several JESUS Film teams on various fields. Both have also been active at Nall Avenue Church of the Nazarene in various board/staff/ministry capacities over the years, including Julie as a children’s Sunday School teacher and Keith as an adult Sunday School teacher. The Lord has given them a passion for missions and they have led many Work & Witness trips and JESUS Film assessment trips, mostly to Central and South America.

Keith and Julie reside in Olathe, Kansas, USA, and are the proud parents of two adult daughters, Courtney and Haley, and a 15-year-old dog named Daisy. 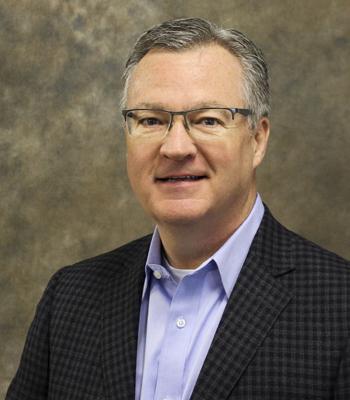