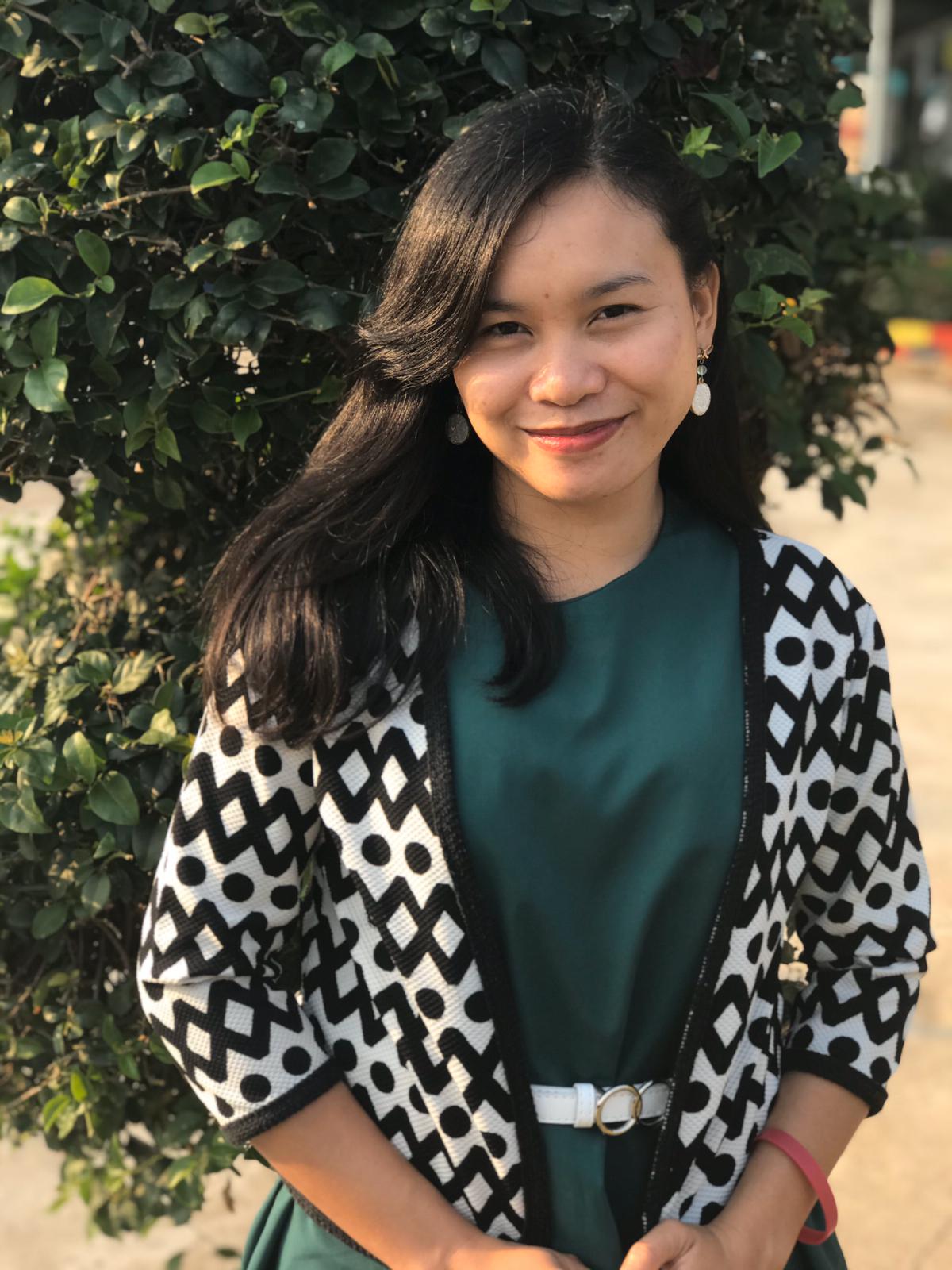 Christine serves as a volunteer missionary of the Church of the Nazarene at the School of Promise in Thailand.

Christine felt God’s calling to be a missionary when she was in grade school while reading the NWMS book, “Susan N. Fitkin: The Girl Who Wanted to be a Missionary.”

She received the A.B. degree from Visayan Nazarene Bible College in 2013, the Master of Arts in Religious Education and Graduate Certificate in Language Teaching from Asia-Pacific Nazarene Theological Seminary in 2016.   At APNTS her calling was confirmed and nurtured. While studying she worked as admissions assistant at APNTS (2013-2016). In 2015 she also worked as an Administrative Assistant for APNTS/AGST PhD Programs and until she left for Thailand. These work experiences has allowed her to see the differences, challenges and beauty in the diversity of cultures. After her graduation at APNTS in 2016 she enrolled again for the Intercultural Studies program and took a two-month internship in Thailand directed by Dr. Lynn Shmidt serving at The Maetang Tribal Children’s Home and the School of Promise in Chiang Mai.

While on her internship her calling to serve for long term in the mission field was confirmed. Before her internship concluded a new door was opened for her to serve both TSOP and MTCH for another year so before going back to the Philippines, Christine took the challenge in answering God’s call to serve in missions for another year. For her, she’s not only answering her calling to missions but also “paying forward” what VNBC and APNTS and the global Nazarene church had invested in her by sharing to her students the life she has been given with a mission to give them the “best education for the best” for she believes that regardless of each children's differences, cultural and economical background, each of them deserve to given importance and be given the education they deserved. It's also her deepest hope that she will be able to lead her students to Christ and disciple them into Christlikeness.

Christine is now on her third year as a full-time volunteer missionary. This year she will be serving full-time at the School of Promise in Hangdong as an English Teacher, Soccer Coach, and Head of the English Department. The School of Promise is a bilingual school under the direction of Hope International Schools. Its vision and mission is to provide a hope and a future to a developing world through sharing the Gospel of Jesus Christ, to provide excellent education, and to break the cycle of poverty and oppression for vulnerable children. This school is open to children in grades one through six, and approximately half of the students are considered at-risk and attend on scholarships.

Christine was born in a Christian family. She’s the 9th among 11 siblings. Her four brothers and 2 sisters are pastors in the Church of the Nazarene. While growing up, Christine’s family attended Culasi CON but later when Culasi planted its daughter church near her home, her family transferred there. Christine is a member of Kalubihan Church of the Nazarene. Her home district is Panay.