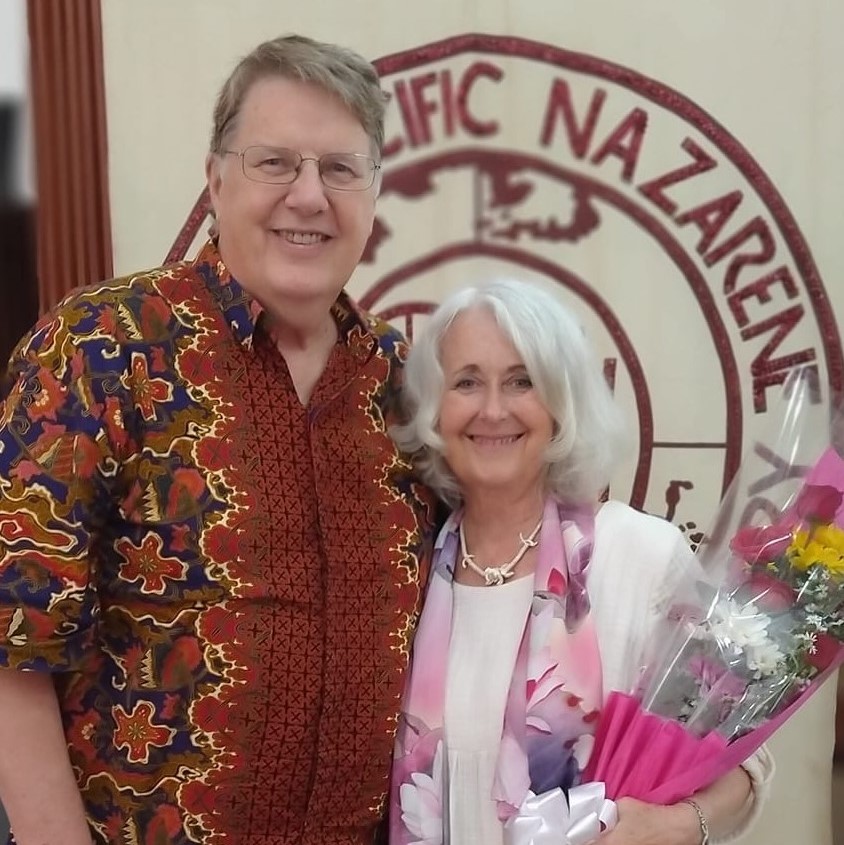 Lynn and Sherry have been married since 1971 and during that time they have lived on three continents and five countries. Their lives have been devoted to empowering people to build the church in God’s kingdom. That has included planting new churches, training church leaders, preparing pastors and missionaries in local and academic settings.

Sherry is a registered nurse, as well as an ordained elder in the Church of the Nazarene. She has worked in nursing institutions, pastored churches, and has been involved in all areas of discipleship. Most recently she has been the chaplain at Asia Pacific Nazarene Theological Seminary. However, her highest calling has been as the mother of two and grandmother of eight.

Lynn’s background is also medical training in laboratory medicine, but his mission calling has directed him into understanding cultural contexts and ways to communicate the gospel effectively in other cultures. For the past twenty years, that has involved teaching intercultural studies (missions) in university and seminary levels in the US and Asia. He also regards his family as his first mission area.

Together, they see themselves as a team, and they are planning to return to Manila, Philippines sometime in 2020, if possible, to take up their responsibilities on the Region and at APNTS (seminary).