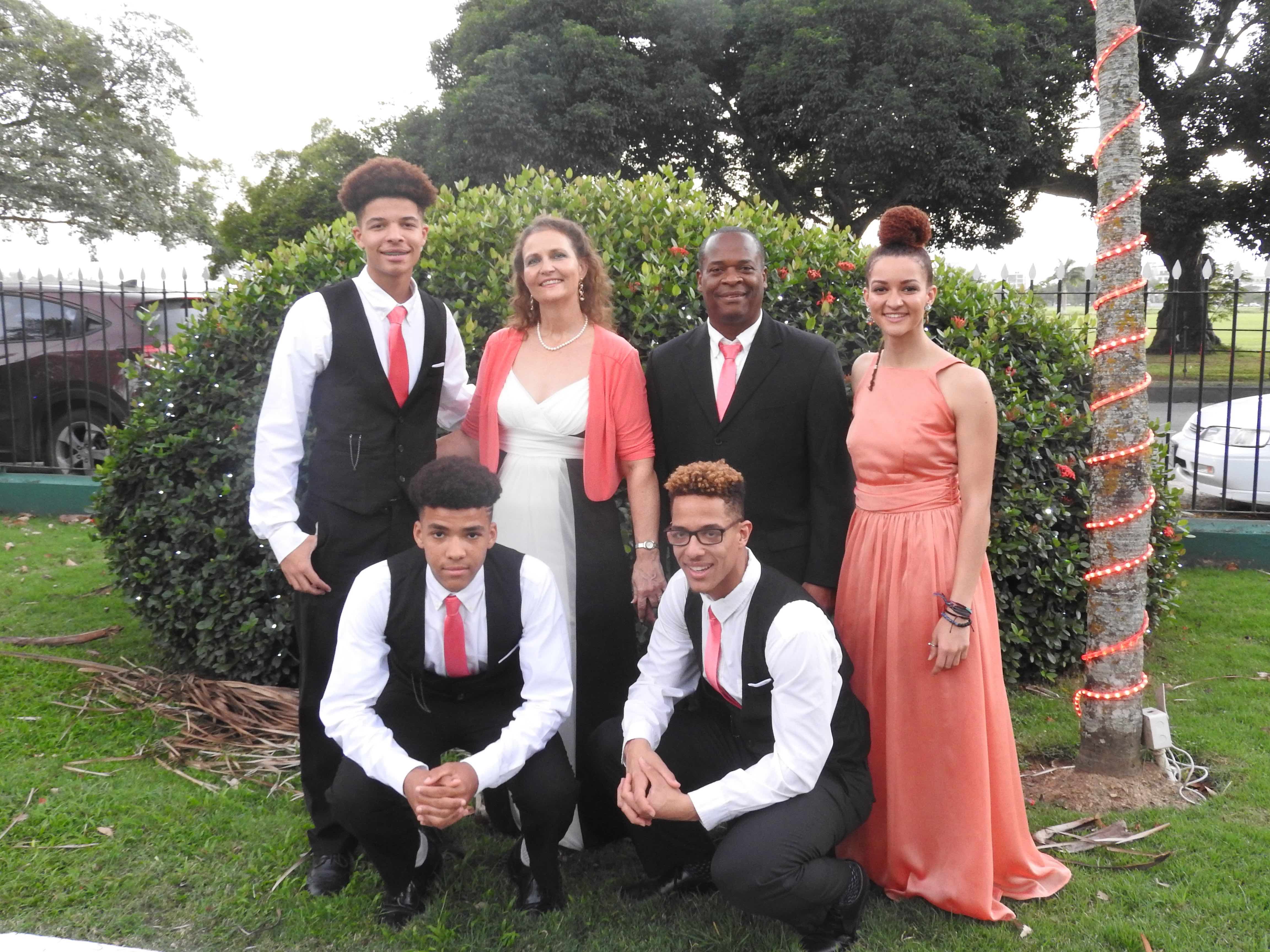 Anthony & Barbara Manswell are global missionaries for the International Church of the Nazarene assigned to serve at Caribbean Nazarene College which is located in Trinidad, but serves the entire English-speaking Caribbean.  They have been serving at CNC since January 2003. Anthony is currently involved in teaching fulltime.

Anthony graduated with a Bachelor of Theology from Canadian Nazarene College in 1990.  He received a Master of Divinity from Nazarene Theological Seminary in 1994. While at NTS, he was in the Honors Program with a concentration in Doctrinal Theology. He graduated with his Doctorate in Education from Trevecca Nazarene University in 2008.  Anthony’s call is to minister anywhere in the world where God opens the door and desires him to do ministry.  This has always been his deep conviction since he fully committed his life to God.   In the past 14 years he has served in several different capacities at CNC; President; Quality Systems Manager, Provost and Dean of Academic Affairs.  He is also actively engaged in preaching when asked.

Prior to their appointment, Anthony held the following positions:  Youth Minister, Evangelist, Spiritual Life Director, Pastor, Sunday School Teacher, and Small Group Leader.  He was on the District Board of Ministry, and on the District Advisory Board, he also served as Hospital Chaplain.  He has served on the Canada West, Kansas City, and Trinidad and Tobago Districts.

Barbara attended Canadian Nazarene College – University of Manitoba, and graduated in 1990 with a Bachelor of Education and a Bachelor of Music. She then attended Nazarene Theological Seminary and obtained an M.A. in Missiology in 1995.   She participated in four Youth In Mission Projects and God touched her heart in a specific way.  During college God placed a call on her heart for cross-cultural full-time ministry.  She believes that God has worked in amazing ways over years to prepare them for this part of God’s adventure.   As only God could have arranged, she is now the Music Program Director, teaching the core music courses as well as private lessons in Voice, Piano, and Brass instruments CNC for the Music Education program. She is also involved in children's ministries and music in the St. James Church of the Nazarene where they attend.

Both Anthony & Barbara have a passion for marriage ministry and have a group of couples that meets monthly in their home.  They are also engaged in pre-marriage and post-marriage counseling on a regular basis.

The Manswells have four children:  Kenrick (1997), Kavanah (1999), Jayedon (2001), and Jerrick (2003).  Jayedon and Jerrick are being currently being home-educated.  Their eldest son, Kenrick, is attending Olivet Nazarene University. Kavanah, their daughter, is at Trevecca Nazarene University.  The children are active in the local Nazarene Church, the District Nazarene Youth, various musical avenues as well as sports activities.  The family’s home church is the Rimbey Church of the Nazarene in Rimbey, Alberta, Canada.

Give Now
Trinidad and Tobago