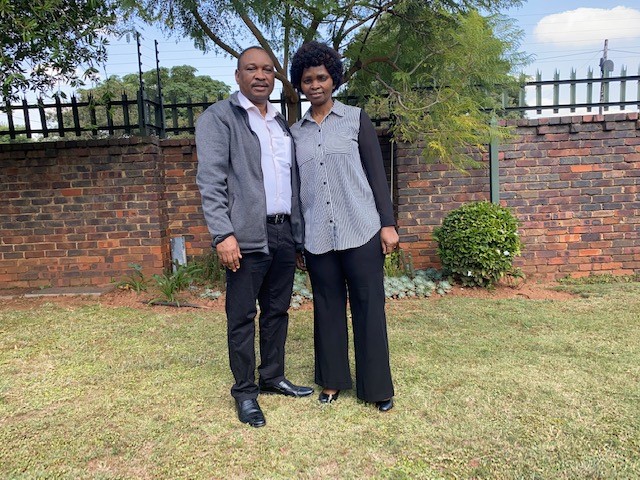 Rev. and Mrs. Mutowa are serving as Global missionaries in the Church of the Nazarene and live in South Africa.  Rev and Mrs. Mutowas have three children, Nomsa Tricia, Daniel, and Panashe.  Cosmas received God’s calling in 1982 and did theological education in Swaziland where he obtained a Bachelor of Theology degree offered by Canadian Nazarene College (Ambrose University).  He graduated in 1988 and then took up pastoral work back home in Harare, Zimbabwe for two years, after which he was ordained in the year 1990.  He was then asked to join the teaching staff of Nazarene Bible College where he taught and served as College treasurer.  In 1993, he was appointed to serve as Vice Principal, a position he held until he left for Kenya to attend Africa Nazarene University.  At ANU, he studied a Master of Arts in Religion and received the degree in the year 1999.  Rev. Mutowa later completed his second Masters Theology degree (Compassionate Ministry and Humanitarian/Development Practices) from NTC, Manchester, United Kingdom.  Andronica has a diploma in Theology from Swaziland Nazarene Bible College and a Bachelors of Commerce in Financial Management from the University of South Africa. Andronica is a third Generation Nazarene.

In 2006, the Mutowas were appointed to serve as Regional missionaries in Malawi where Cosmos’ role was that of Mission Coordinator for Malawi.  While in Malawi Cosmos was asked take additional responsibility as Interim President of Nazarene Theological College of Central Africa.

Cosmas served on the Regional Advisory Council for Africa Region and as member of General Board of the Church of the Nazarene.

Cosmas served at the Africa Regional Office from 2008 to 2020 as Nazarene Compassionate Ministries Africa Regional Coordinator and as Executive Director for Helping Hands Africa.  Andronica is serving as Africa Region Secretary and does Pensions, Insurance, and credentials.  Cosmas is currently serving in the Nazarene Compassionate Ministries International Office as NCM Education and Church Engagement Coordinator. The Mutowas are based in Johannesburg, South Africa.