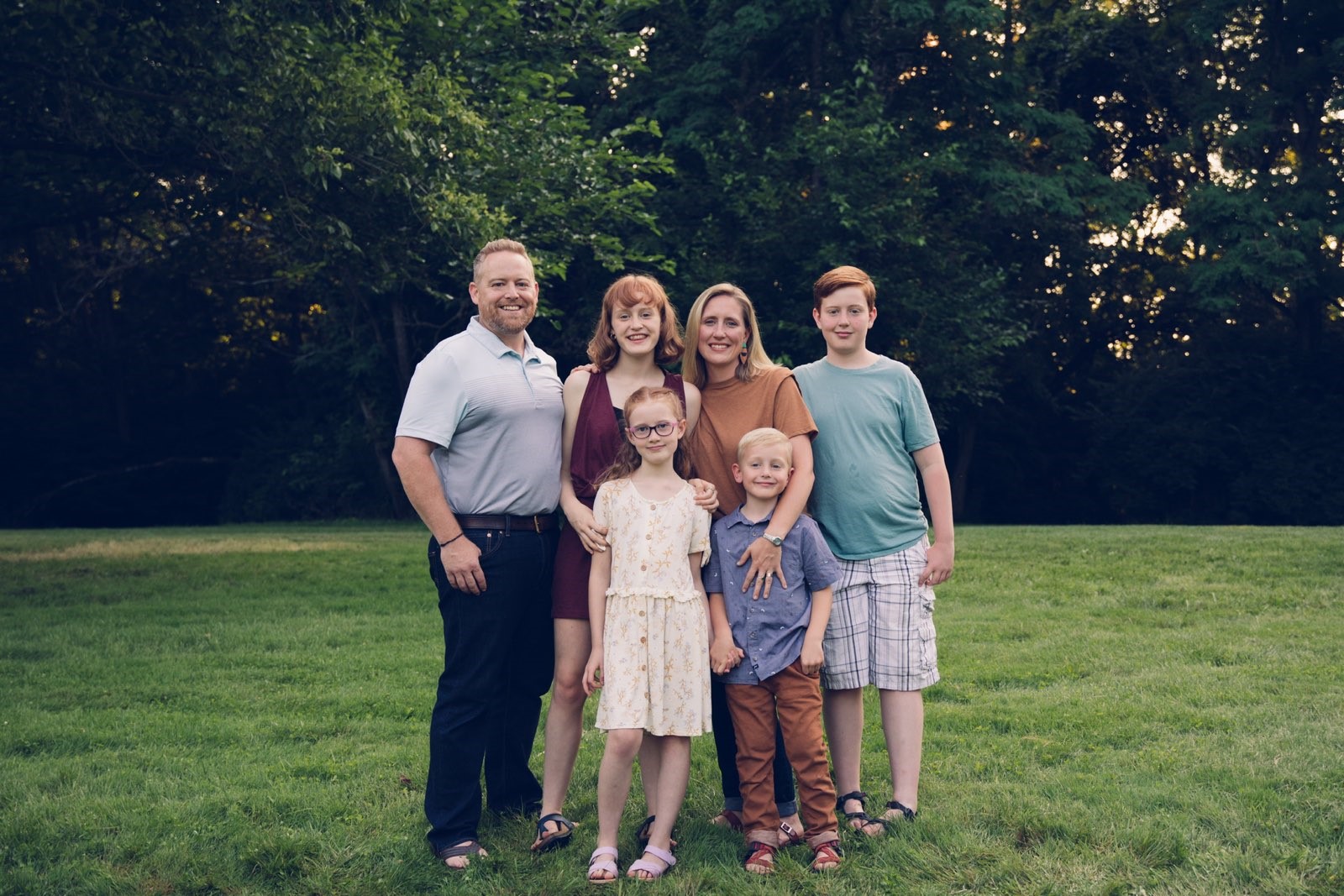 Brian and Erin are global missionaries with the Church of the Nazarene and have been ministering in the country of France since October 2009.  Brian is serving as a facilitator on the district working along side national leaders and local congregations for the healthy development of interdependent churches. Erin is serving along side one of the local congregations assisting in outreach and other “connection point” ministries.

Brian grew up as a missionary kid in Haiti and other parts of the Caribbean, and Erin was born and raised in the Middle East where her family has served as missionaries in Israel and other surrounding countries.

Brian and Erin met at Eastern Nazarene College, were married in 2002, and have 4 children. Their oldest, Grace, was born in 2008 and was 16 months old upon their arrival in France. Eliott was born in Versailles, France in 2010 and Nora and Luca were both born in Chartres, France in 2012 and 2015.

As the Ketchums continue to follow God’s call on their lives, they are deeply encouraged to know that they serve with the support and prayers of their church family.