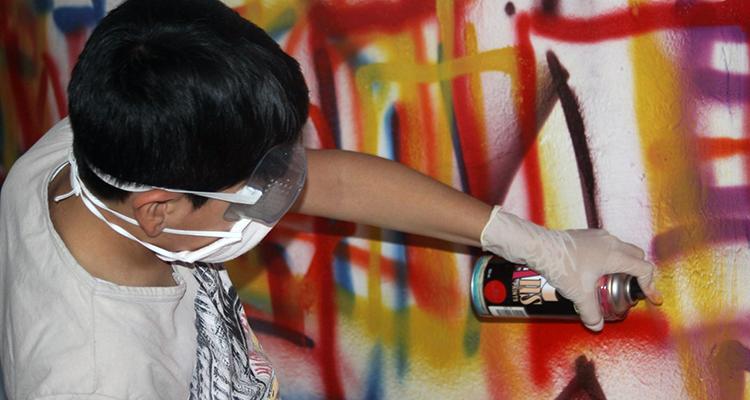 The Church of the Nazarene in Taisha, Morona Santiago, Ecuador, is impacting its community by offering art lessons to children in the Shuar and Achuar communities. As a result, Lili*, a six-year-old student, won a regional award in a painting competition.

Isaac and Belen Almendariz felt the call to move to Taisha to start the Nazarene work in that area. The community is located in the middle of the Ecuadorian Amazon region. Their goal is to do missions among the Shuar and Achuar people using their gifts; Isaac is a painter, and Belen is a singer.

“There was no art program in this area when we arrived,” said Isaac. “Drugs and alcohol and immorality are prevalent here. We want to establish an arts and languages academy at some point.”

The couple saw how the Shuar children were losing their native language as the city grew. Children are required to be bilingual, but many no longer speak the Shuar language as they feel ashamed.

The Almendariz family hopes children can find one area of interest through the different art programs. Some children come without art training but are drawn to learning a skill. During a vacation school named “Selvarte,” a wordplay containing the words “saved, arts, and jungle” in Spanish, they witnessed how arts could empower a person to bring healing.

“We heard a girl singing a song that contains violence,” said Isaac. “Belen asked if she had experienced violence, and she answered that her step-father had been incarcerated; we stopped the class and prayed for her. In the end, she testified that she felt better.”

Many parents have expressed gratitude for the work the Almendariz couple is doing to help their children. The academy charges a small fee to cover materials; however, no child is rejected because of the lack of finances.

The Almendariz family hopes to see people raised with a Christian worldview. Their dream is to see a well-established arts academy in Taisha.

“They asked us why we were going to the jungle to plant a church,” Belen said. “We want to make disciples, and we want to go to places where Jesus would go to help. We want to see a generation of artists who love the Lord. We are taking small steps, but we know God will guide us and continue to show us what He has [in store] for Taisha and the families here.”