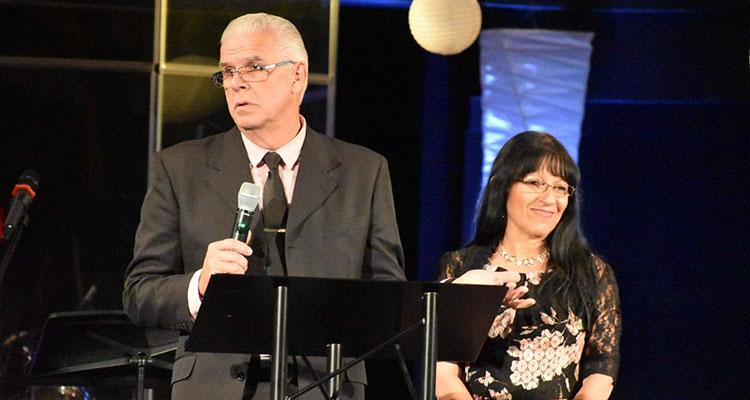 At 29 years old, Jorge Diaz hit rock bottom after abandoning his family and losing everything. Nearly 30 years later, he and his wife, Cari, travel the country to share their testimony and teach Hispanic couples what God’s word says about their family, their home, and their marriage.

When Jorge and Cari immigrated to the United States, Jorge had already been battling alcoholism since his early teens. Jorge became addicted to drugs, resulting in the loss of his furniture business and his family’s house. He eventually left Cari, who was pregnant with their second child, for another woman.

As Jorge’s life continued to spiral out of control, Cari began attending a Nazarene church and praying for Jorge, who was working as a truck driver. One night as Jorge thought about what had happened to his life, he decided to ask God to change his life.

“Three days later, I was in church,” Jorge said. “And that night, I brought my wife. So, God restored my marriage and from that day on we've been together.”

Jorge eventually pastored in southern Florida for 23 years before he felt as if God was placing an evangelistic ministry on his heart.

“We believe that marriage, it’s been really under attack,” Jorge said. “I believe the Lord told me, ‘It’s the time to go out and share your testimony — how I saved you, how I restored your marriage, how I gave you three kids that are now in ministry.’ So I decided to do it.”

Jorge and Cari now travel across the country to lead marriage retreats based on Genesis 1 and 2, which explain the origin of marriage and its significance. They share about how God restored their marriage and what it’s like to live in a holy marriage that honors God. They also use a vow renewal ceremony at the end of the retreat as an evangelistic tool for the attendees' families. 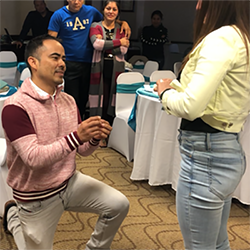 Recently a man felt so convicted about the life he and his girlfriend had been living that he accepted the Lord and then turned around and proposed to his girlfriend, the mother of his kids, in the middle of the conference.

The Diaz family believes their cultural background can help reach those in Hispanic communities. Diaz noted the differences in Hispanic marital cultures compared to other cultures

“In our culture, we just get together,” Jorge said. “We run away with the lady and get together and have families. And we love the person, we love each other, [but there’s no commitment].

“This is what I want,” Diaz said. “I just want to be a resource to all Hispanics and to the Nazarene church. I just want to use my testimony and encourage the people to really believe that God can restore marriages.”