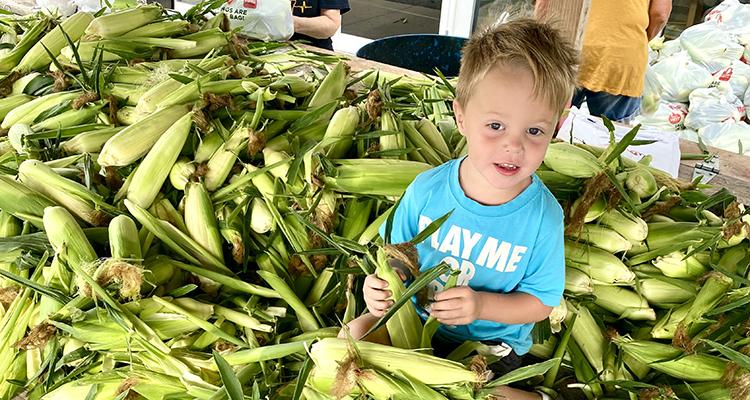 During a Sunday evening service in 1998, Dan Miller walked up to the chalkboard at the front of Burlington First Church of the Nazarene’s sanctuary and wrote out a “dream,” something he felt God was placing in his heart.

After 25 years, the fruit—or vegetable—of that dream has raised nearly $230,000 for missions projects around the world.

That evening in ’98 was a “dream session” where members of Burlington First talked about projects and ideas for the church to undertake. Miller, a lifelong farmer, was inspired when he saw that four acres of land surrounding the church had gone up for sale.

“I said I think we ought to buy that ground out there and plant sweet corn on it to help pay for the land,” Miller said.

The church agreed. In the first year, they raised $4,219, which helped pay off the purchase of the field. Every dollar raised since has gone directly to missions projects around the world.

People from across the country travel to Burlington First in order to participate in the fundraiser while also being allured by the corn’s taste. Miller says a man recently told him “I’ve never tasted corn any better than this.”

“I don’t know what’s different about it because the seed that we use, you can buy it right out of a catalog,” Miller laughed. “The Lord must put a little extra sugar in that sweet corn or something.”

When it’s time to sell, Missions President Randy Clark sets up a sales point in front of the church while Miller organizes his teams of volunteers. Miller has two teams: pickers and bucket carriers. The pickers fill the buckets, and the bucket carriers pick up the full buckets while giving the pickers an empty one to fill.

Clark’s wife, who is the project coordinator for the harvest days, says that they have to use a drive-thru service for buyers to avoid a traffic jam on the road in front of the church. 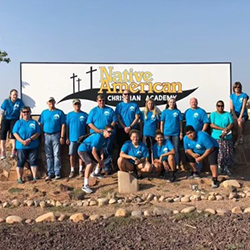 In addition to providing funds toward missions projects, church members often visit to see the funds in action. One of the church’s first donations and teams went to Trinidad, a place where the missions passion took hold of a few members of the congregation, including Miller’s late brother-in-law, Frank Orton.

Projects in Kenya, Mozambique, Indonesia, Haiti, Papua New Guinea, East Timor, and areas around the United States have all benefited from the sweet corn. This fall, church members are taking a trip to Cactus, Texas, to work with the compassionate ministry center there.

The corn is grown by volunteers, so there are no expenses that eat into the money raised. Alexander says about 60 to 70 percent of church members are involved with harvesting the corn.

Miller donates the seed and fertilizer to the church every year.

“That’s a real expense,” Alexander said. “When you have people who are sacrificially giving, other people are drawn to that. And then they can see the vision and the mission [their efforts] are going towards and they can be inspired by it as well.”