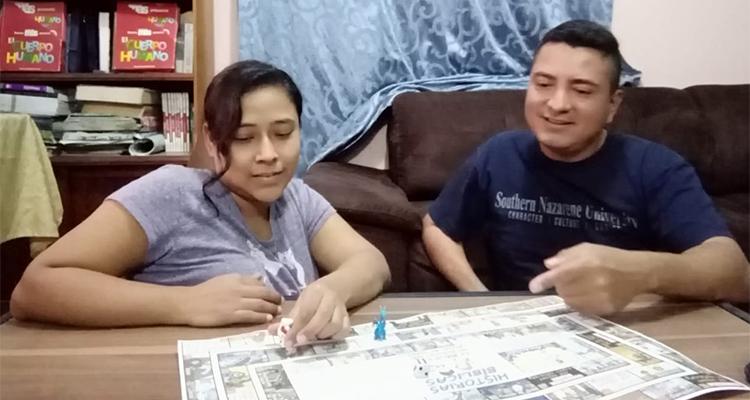 This story is a first-person account from Eunice Zaragoza Leal, which appeared in Transform the Globe, a discipleship blog run by Scott Armstrong.

When we joined the short-term missions trip Missions without Limits, we could not have imagined how we would engage in missions in the midst of the COVID-19 pandemic. As the date approached, our entire team in Cadereyta, Mexico, began to experience various trials.

We lost family members to illnesses, and some members of our own group became sick. We watched the number of COVID-19 cases climb in the state where we would be working. As the governmental restrictions grew tighter, the canceling of several activities as well as the closing of parks and recreational places became the norm. However, we kept our desire alive and saw the situation as an opportunity to grow in creativity while developing new strategies as God led us to carry out His mission.

As we trained and met in advance preparation for Missions without Limits, we thought of creating a board game—something attractive, eye-catching, and interesting. The game would have three objectives: to encourage healthy family recreation at home, to share the gospel, and to let the community of Cadereyta know about the church’s reopening. In addition, we included QR codes, which grabbed the attention of adults and children.

God made sure that our team would include the perfect combination of people in order to make this evangelistic idea a reality: a programmer, a graphic designer, and several young people familiar with social media joined our group.

Once we laid out the general idea, the graphic designer, Marco Iván Portillo Noriega, put his talents into action. After exploring many options and styles for the game, we created squares that would reference a Bible story each from both the Old and New Testaments, respectively, intending to get the players interested in the details of the story.

At the same time, “reward” and “setback” squares were included, emphasizing that good values help us while bad habits harm us. We expected that the game would promote moral values, especially in children, so they could begin to equate their good and bad actions with the subsequent consequences.

We printed around 400 board games and included several dice. We practiced the game repeatedly to check the performance. It was a tiring process for the team, but when we finally delivered the game to the families of the community, we saw the result. In the days that followed, the number of visits to the church’s website increased significantly. Weeks after, we have followed up with many families, and they are responding to the salvation message! We praise our God because He has limitless creativity!