At the time of his election, Dr. Owens was president of MidAmerica Nazarene College (now MidAmerica Nazarene University) in Olathe, Kansas, where he had served since 1985. For the four years prior to this, he was the Asia regional director out of Metro-Manila, Philippines, for the World Mission Division. He was founding president of Asia-Pacific Nazarene Theological Seminary in Manila, filling this role from 1981 to 1984. He taught at Nazarene Theological Seminary in Kansas City, Missouri, from 1974 to 1981 and at Bethany Nazarene College (BNC, formerly Bethany-Peniel College, now Southern Nazarene University) in Bethany, Oklahoma, from 1966 to 1974. Dr. Owens established the Church of the Nazarene in Korea. He also founded Korea Nazarene Theological College, which is now a university.

Don Owens served in the U.S. Army (1945–1946), during which time he was stationed in the Philippines and Japan. He began his career as a pastor in Fairbury, Nebraska, and was ordained as an elder in 1953. He planted the Bethany, Oklahoma, Lake Overholser Church in 1968, serving as its pastor until 1969, erecting the church building during the time he was teaching at BNC. Having received the Bachelor of Arts degree in 1951 and a Bachelor of Theology in 1952, he received a Master of Arts in religion in 1967 from BNC. He subsequently received the M.A. (1970) and Ph.D. (1975) degrees in cultural anthropology and Asian studies from the University of Oklahoma in Norman.

Dr. Owens twice received both BNC’s “B” award and the Outstanding Alumnus Award. He was honored with the Nazarene Theological Seminary’s service award in 1981 and was the recipient of the Citation of Merit award as an outstanding educator in the denomination in 1985. In 1997 Dr. Owens received honorary Doctor of Divinity degrees from both MidAmerica Nazarene University and Mount Vernon Nazarene College.

He has authored several books, including Challenge in Korea, Church Behind the Bamboo Curtain, Revival Fires in Korea, and Sing Ye Islands.

His wife and ministry partner, Adeline, passed away in September 2019. Dr. Owens continues to reside in the Kansas City area. He has four married daughters and a number of beloved grandchildren. 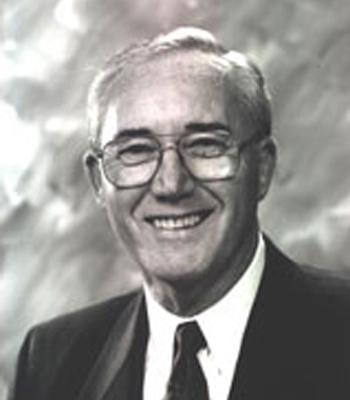