Dr. Jerry D. Porter was chosen for this highest elected office in the denomination at the 24th General Assembly at San Antonio, Texas, in June 1997, while serving as the district superintendent for the Washington (DC) District of the Church of the Nazarene.

He was born in Oklahoma City, Oklahoma, the son of Dr. and Mrs. William Porter. He married Toni Dubs from York, Pennsylvania. The Porters were blessed with two children, Amy Jo and William Britt. At age 17, Amy’s left arm had to be amputated due to synuvial cell sarcoma cancer in her wrist. She battled courageously for the next four years and passed away December 2, 1995.

Jerry and Toni graduated from Bethany Nazarene College (now SNU) in 1971 with Bachelor of Arts degrees in religion and Spanish, respectively. In the summer of 1972, Jerry received a Master of Arts degree in theology. He also did graduate studies at Nazarene Theological Seminary in Kansas City, Missouri. In 1988 Southern Nazarene University conferred upon him an honorary Doctor of Divinity degree.

Following a 2½-year pastoral tenure, Jerry and Toni were appointed missionaries to the Dominican Republic to help launch the work of the Church of the Nazarene. The assignment included church planting and directing the theological education by extension program. Following rapid and explosive growth of the church in the Dominican Republic, the Porters were assigned to San Jose, Costa Rica, where he served as rector of the Nazarene Seminary of the Americas. During the next seven years, the seminary grew to an enrollment of over 100 students on campus with nearly 3,000 in extension centers throughout Latin America.

In 1986, Dr. Porter was elected by the General Board of the Church of the Nazarene as the Mexico and Central America regional director. This region encompassed eight nations from Mexico to Panama and, at that time, represented 22 districts with over 50 missionaries and six theological institutions.

During Amy’s treatment in Dallas in early 1992, Jerry was elected to serve as the third district superintendent on the Mid-Atlantic District (formerly Washington District) which encompasses Maryland, Delaware, south central Pennsylvania, Washington, D. C., and eastern West Virginia. In addition to his responsibilities as district superintendent, Dr. Porter was also chairman of the board of the Washington Nazarene Bible College Extension, a member of the Board of Trustees of Eastern Nazarene College and of Nazarene Theological Seminary, and a member of the Hiram F. Reynolds Research Institute at the International Center.

Dr. Porter has written various publications in Nazarene journals and is known primarily as a missionary evangelist. His wife has taught Christian education and women’s ministry classes at the seminary in Costa Rica as well as served on the region and on the Mid-Atlantic District as women’s ministries coordinator. She also organized and directed the scholarship program for ministers’ children on the Mexico/Central America Region. She has a master’s degree in theology, is a frequent speaker at women’s retreats and seminars, and is a Nazarene Compassionate Ministries Child Sponsorship spokesperson. Toni has taught Spiritual Formation classes several times at Asia Pacific Nazarene Theology Conference and to Latino ministerial students in the USA.The Porters live in Texas. Their son Bill and his wife Kristen, and their grandsons, Ben and Nate, also live in Fort Worth, Texas. 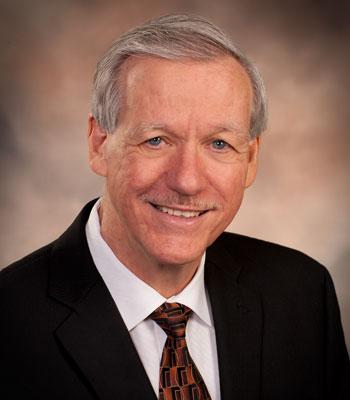