Paul G. Cunningham served the Church of the Nazarene as a general superintendent for 16 years. He was elected at the 23rd General Assembly at Indianapolis, Indiana, in 1993, after serving for 30 years as senior pastor of the College Church of the Nazarene in Olathe, Kansas. In 2009, the 27th General Assembly in Orlando, Florida, bestowed on him the title of general superintendent emeritus.

Dr. Cunningham went to Olathe in 1964 to pastor the local Church of the Nazarene. The church grew from 46 members in 1964 to a constituency of more than 3,000 when he left in 1993. The total giving rose from $11,000 to over $3 million. The congregation built three sanctuaries and education units under his leadership, with the third sanctuary seating 4,000. Dr. Cunningham was instrumental in bringing MidAmerica Nazarene College (now MidAmerica Nazarene University) to the Olathe area.

Dr. Cunningham served as chairman of the Board of Trustees of Nazarene Theological Seminary, and he was a member of the general church Book Committee for 16 years. He served as secretary of the Board of Trustees at MidAmerica Nazarene University and was a member of the Kansas City District Advisory Board. At the 1985 General Assembly he was elected president of the General Board of the International Church and was reelected to that post in 1989.

In 1991 he was selected as Citizen of the Year by the Olathe Chamber of Commerce and in 1993 was presented with the quadrennial award for contributions to education by MidAmerica Nazarene University. Also in 1993, Dr. Cunningham was presented with the J. T. Barton Award from the city of Olathe for distinguished service, the city’s highest award.

He has served as special speaker in revivals, district conventions, camp meetings, rallies, and retreats throughout the country and various world areas. His wife, Connie, frequently serves as a speaker at retreats and seminars. They have a son and two married daughters, all living in the Olathe area with their families. 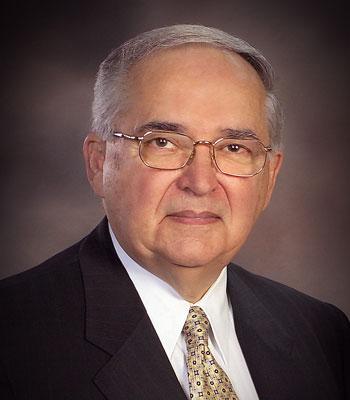