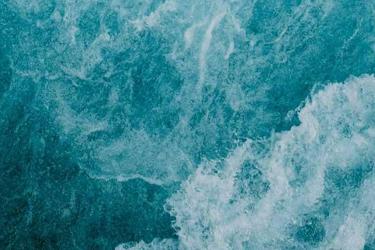 Nazarene Missions International (NMI) is the organization for mobilizing the local church in missions in the Church of the Nazarene and the denomination’s representative for missions on the district and in the local church.

What is the purpose of NMI?

The purpose of this organization shall be to mobilize the Church of the Nazarene in missions through 1) praying, 2) giving, 3) educating, 4) engaging children and youth.

Where can I order current missions books?

You can find more information about all of our current missions books here.

Are NMI resources available in other languages?

We have Constitution, Fast Facts, Logos, forms in Spanish, French, Portuguese, and Korean.

What is the relationship between NMI and Global Missions?

Why is prayer important to NMI?

Prayer is the life-force in all we do; it is in foundational. From NMI inception, prayer has been at its center. Prayer is not a program. It is about falling in love with Christ, and wanting everyone, in every culture to know Him.

Where can I learn about prayer?

You can learn about prayer in all of our NMI curriculum.

Where can I find prayer requests from missionaries?

NMI has a platform called the Prayer Mobilization Line. Here you can weekly updates on prayers and praises from global missionaries currently serving around the world.

What is Nazarene World Week of Prayer?

The Nazarene World Week of Prayer (NWWP) is an annual event occurring during the week that includes the World Day of Prayer, which is the first Friday in March. During this week, Nazarenes dedicate themselves to interceding for our global church.

Alabaster is a tangible example of sacrifice and a life in love with our Savior. Alabaster is known wherever Nazarenes are in the world. It is actually an NMI brand. Nazarenes know that contributions are used to construct buildings and to purchase land. Churches of the Nazarene everywhere are encouraged to participate by giving something to Alabaster each year.

What resources are available to help me promote Alabaster?

How can I contribute funds to Alabaster?

You can give in your local church offerings traditionally collected September and February, or click here for information on online giving.

What place do children and youth have in NMI?

NMI continues to encourage churches to involve children and youth in all missions endeavors and to nurture them as they seek to respond to God’s call.

How should I engage children and youth in my congregation?

We encourage collaboration with experts (NYI, SDMI), use already planned activities, and engage the entire family. We believe nurturing and leadership development is best done in the local church and individualized to the needs of each person.

What is the World Evangelism Fund?

The World Evangelism Fund fuels the Church of the Nazarene’s mission by combining each person’s and church’s gift together to fund ministries everywhere. Every church is asked to give a portion of their yearly funds for the purpose of making Christlike disciples in the nations.

NMI encourages every church and individual to participate in fully giving to WEF.

Links is a network of personal connections between missionaries and Nazarene districts around the world. If you have more questions about Links, visit this page for more information.

How do we schedule a missionary in our church?

How much should we give to a missionary speaking at our church?

NMI no longer makes a suggested offering amount. We do however, suggest that you allow the missionary to speak before receiving an offering allowing the congregation to respond by giving as the Spirit leads. All funds collected in the offering should be given to the missionary either by way of a check made out to Global Treasury Services or online through Funding the Mission.

What is the Global NMI Council’s role?

The Council which is chaired by the Global NMI President is a representative body of the global NMI constituents and has an advisory role to the Global NMI Director.

How is the Global NMI Council determined?

Who is on the Global NMI Council?

The Global NMI Council shall be composed of the regional representatives and ex officio members.

What is the relationship between the Global NMI Council and the General Board?

The Global NMI Council elects an individual to serve on General Board to represent NMI.