Dr. Filimão M. Chambo was elected to the office of general superintendent in the Church of the Nazarene in June 2017 by its 29th General Assembly, held in Indianapolis, Indiana, USA. He was director of the Africa Region at the time of his election, a post he had held since 2009. As regional director, Dr. Chambo was responsible for overseeing the church planting and development efforts of the Church of the Nazarene across the continent of Africa.

Born in Mozambique, Filimão grew up in a pastor’s home. Both his father and mother served in full-time ministry for the Church of the Nazarene. At the age of 17, when God called him to full-time ministry, his answer was yes.

Chambo earned a Diploma in Theology at Seminário Nazareno em Mozambique (SNM) in 1993 and a Bachelor of Theology (ThB) at Nazarene Theological College (NTC) in 1997. He was ordained by Dr. Jim Diehl as an elder in the Church of the Nazarene in January 2000 on the Gauteng District, South Africa; and later that year attained his Masters of Arts (MA) in Biblical Studies from the University of Johannesburg. His Doctor of Literature and Philosophy in Biblical Studies (PhD) was also earned at the University of Johannesburg and was completed in 2009.

Before serving in the regional office, Chambo’s ministry experience included pastoral positions and Christian higher education. He served as pastor in South Africa for the Mphagane and Eldorado Park Churches of the Nazarene and in Mozambique at Igreja do Nazareno da Matola Cidade. He was an educator at NTC, South Africa, and at Seminário Nazareno em Mozambique where he later became president. In 2005 Dr. Chambo was named education coordinator for the Africa Region, where he served until his appointment as regional director in 2009.

Filimão is married to Samantha, who is also an ordained elder, and they have two children, a daughter, Tsakani Gabriella, and a son, Emanuel.

CHAIR OF THE BOARD OF GENERAL SUPERINTENDENTS 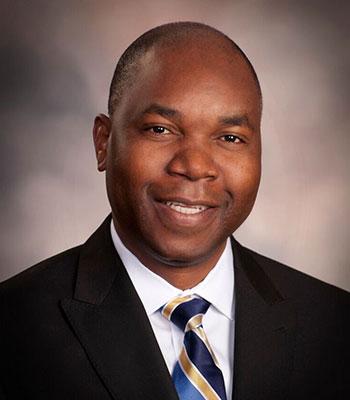