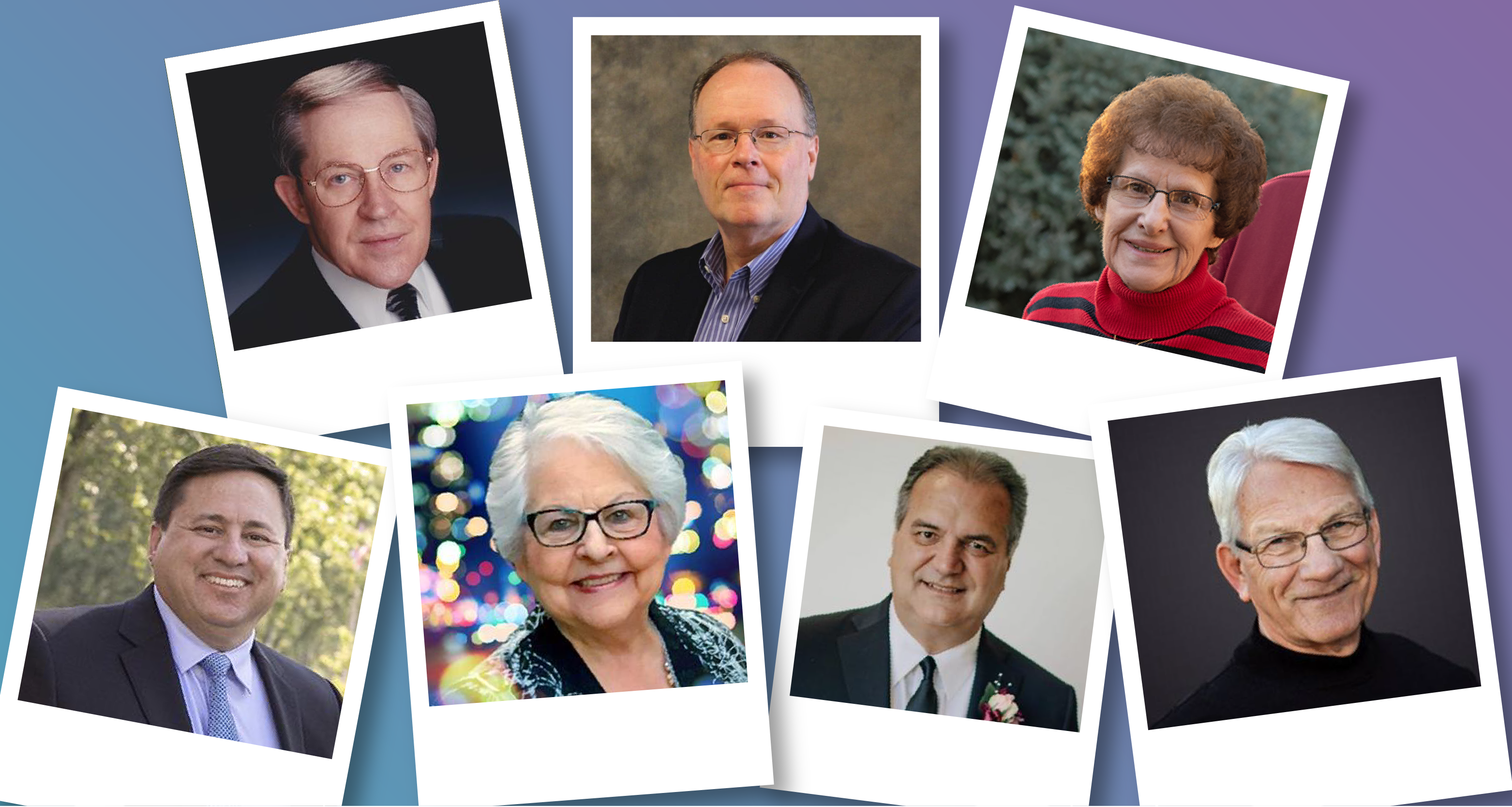 In 2021, we lost many Nazarenes who devoted their lives to sharing the gospel, making disciples, and shepherding leaders both young and old to do the same. Below are memorial articles written for both former and current district superintendents, global ministry directors, and spouses of general superintendent emeriti who passed away this year.

To view their full obituary articles, click on their respective names.

J. Mark Barnes, 78, of Herbon, Ohio, passed away 25 July 2021. He was a retired district superintendent who led the North Carolina District for 17 years.

Helen Bolerjack-Norcross, 93, of Independence, Kansas, passed away 25 September 2021. She is a retired missionary who served in Papua New Guinea for 29 years.

Dan Copp, 65, of Cameron, Missouri, passed away 18 June 2021 after a yearlong battle with pancreatic cancer. He previously served as director of Clergy Development and as education commissioner for the Church of the Nazarene.

Dorothy Diehl, 85, of Lakewood, Colorado, passed away 30 August 2021, surrounded by her husband of 65 years and immediate family, after battling dementia. She is the wife of General Superintendent Emeritus Jim Diehl.

Eleanor Drinkwater, 96, of Leesburg, Florida, passed away 30 June 2021. She was a missionary for 21 years, serving in Swaziland (Eswatini) and Malawi alongside her husband, J. Edward Drinkwater.

Betty Faul, 94, of Flint, Michigan, passed away 13 January 2021. She was a missionary, serving in the Caribbean for over 38 years with her husband, Larry Faul.

Erna Garner, 89, of Capitola, California, passed away 24 March 2021. She was a retired missionary who served alongside her husband, Clayton Garner, in Barbados and Papua New Guinea.

Russell Human, 86, of Tulsa, Oklahoma, passed away 16 October 2021. He was a retired minister who served in Missouri, Kansas, California, and Oklahoma, in addition to serving as a district superintendent in Minnesota and Oklahoma respectively.

Gabriel Kaulo, superintendent of the New Guinea Islands District, passed away on April 26, 2021.  He was 61 years old.

Edna Lochner, 96, of Freeport, Illinois, passed away 9 April 2021. She was a retired missionary who served in Eswatini for 38 years.

Donna Lovett, 74, of Kankakee, Illinois, passed away 7 August 2021. She served as a missionary to Italy, France, Cote d’Ivoire, Benin, Rwanda, and Kenya.

Elizabeth Merki, 88, of Millville, New Jersey, passed away 29 June 2021. She served as a missionary for 32 years in South Africa, Swaziland (now Eswatini), and Papua New Guinea, alongside her late husband, Robert Merki.

Alice Murugan, 82, of Miami Shores, Florida, passed away 20 February 2021. She served as a missionary with her husband, Joseph Murugan, in the Caribbean for 15 years and later as volunteer missionaries to Guyana.

Thomas Nees, 83, of Arnold, Maryland, passed away 24 January 2021. Nees served the Church of the Nazarene in many capacities, including as director of the USA/Canada Mission/Evangelism department (now USA/Canada Region) and as Nazarene Compassionate Ministries director for the USA and Canada.

Daryl Arthur Schendel Sr., 84, passed away in Lake Havasu City, Arizona, on 12 June 2021. He was a missionary to Papua New Guinea with his wife, Elizabeth, for more than 15 years.

Robert and Carolyn Scott, 90, passed away 27 and 24 December 2020, respectively. Robert was a pastor and district superintendent in addition to serving as the director of World Missions from 1986 to 1994.

Neva Skinner, 97 of Milton, Florida, passed away 29 December 2020. She served as a missionary to Chile for over 30 years, with her late husband, Boyd Skinner.

Enrique Solano Castro, 59, of Chiclayo, Peru, passed away 2 May 2021. He was the superintendent of the Alto Marañon District.

Gregory Story, 63, of Cullman, Alabama, passed away 14 December 2021 after a battle with cancer. He was the superintendent of the Alabama North District, a role he’s held since 2013.

To view all memorials, obituaries, and In Memoriam articles for the 2021 calendar year, click here.